Twenty-four California port truck drivers employed by NFI Industries/California Cartage, the largest goods movement operator at the twin ports of Los Angeles and Long Beach, have been awarded nearly $6 million by the California Labor Commissioner for wage theft due to misclassification as independent contractors.
​
In an unprecedented decision, the Labor Commissioner issued individual joint liability against the general manager at NFI’s California Cartage Express who oversaw and directed the day-to-day work, and misclassification of, the drivers at that company.

Click here to read: These cases mark the first time that the individual liability provision of California Senate Bill 588 (Labor Code Section 558.1) has been applied in port trucking.

SB 588, among other things, "reduces the abuse of our corporate laws. Businesses can no longer use layers of subcontracts and unclear reporting relationships to deliberately make enforcing labor laws difficult. Additionally, individuals involved in wage theft will now be held accountable." Source: UCLA Labor Center, Oct. 13, 2015.

So in California, the gig is up. California is leading the way on ending wage theft through misclassification. SB 588 holds the boss accountable, and SB 1402 holds the customers accountable. Further, the Los Angeles City Attorney has sued three NFI/Cal Cartage companies for wage theft and unfair competition, and the Los Angeles City Council overrode the LA Harbor Commission by refusing to give a lease to NFI on property owned by the Port of Los Angeles due to strikes and disruption caused by workers protesting their misclassification (as of this release, the company is continuing to operate without a lease on port property).

NFI/California Cartage, based in Wilmington, Calif., is one of the largest goods movement companies in America, with warehouses and port trucking operations across the U.S.  In 2018, the California Cartage family of companies was acquired by the New Jersey-based National Freight Industries (NFI). Previous to this acquisition, Cal Cartage was owned and managed by Robert Curry, Sr., and his family. NFI/Cal Cartage represents the largest trucking operation at the Ports of Los Angeles and Long Beach by a wide margin.
Port drivers are working together with the Teamsters Union and other labor, community and faith allies to fight for change in the port trucking industry. More than 75,000 strong, port drivers haul imports and exports, keeping the American economy running.

Members of Teamsters Local 2010 who lost their homes in the recent Camp Fire received $1,000 checks on Monday, December 17, from the Teamsters Joint Council 7 Disaster Relief Fund.

The checks were delivered to the seven Chico State University employees by Local 2010 Secretary-Treasurer Jason Rabinowitz.
“I have never been prouder to be a Teamster,” said Dave Hawley, Teamsters Joint Council 7 President. “The outpouring of support from Teamsters across the nation has been remarkable.”

“The Teamsters Union is a family that stands together and supports each other, especially in times of need,” Rabinowitz said. “Our members survived a terrible disaster and were there for each other through the whole ordeal. This is what the union is all about.”
In a matter of weeks, over $300,000 was donated by local Teamster unions across the nation, including $150,000 by the International Brotherhood of Teamsters in Washington D.C.

The Teamsters Joint Council 7 Disaster Relief fund has so far delivered over 176 checks to victims of the Camp Fire that devastated Northern California earlier this year.

“It doesn’t matter how big or how small,” said Brannon Pruis, a Chico State University metal worker. “Everything helps. The things we are getting from the Teamsters are the things that will help us see tomorrow.”

According to Cal Fire, California’s forestry and fire protection agency, the Camp Fire burned over 150,000 acres, destroying over 14,0000 buildings and killing at least 86 people, making it one of the worst fires in California history.

“You can’t prepare for stuff like this,” Pruis said. “I have been in Paradise for over 38 years. I grew up here and now you can’t even recognize it anymore.”

“My wife and daughter were able to get out with plenty of time. I went back up and had a hell of a time getting back. It was 38,000 people trying to get out on three to four roads,” said Chris Phillipp, a Chico State University facility worker. “It has been crazy seeing everyone come together. I appreciate everything the Teamsters are doing. You don’t have to do this, but you are.”

The Teamsters Disaster Relief Fund is a charitable 501(c) 3 developed in 1991 to assist Teamster members who have suffered a loss from a disaster. The fund receives donations from local unions and their members and is currently developing a fundraising plan to support Teamsters Local 2010’s efforts in providing relief when disaster strikes.

Workers at Air Express International (AEI), an international air freight business, have voted overwhelmingly to approve a new national contract covering about 800 workers across the United States. AEI is part of the DHL Global Forwarding network, a subsidiary of DP-DHL based out of Bonn, Germany.

“Despite AEI posting losses in the United States over the past three years stemming from the failed implementation of a 2016 new freight processing system, we were able to negotiate wage increases in each year of the new three-year contract, along with hourly contribution increases to maintain full health and welfare benefits over the next three years,” said Bill Hamilton, Director of the Teamsters Express Division.

“In addition, the national contract maintains all current working conditions and also includes strong language to protect jobs and to curtail subcontracting. It was these strong job protections that allowed Teamsters with AEI to maintain their working conditions and staffing levels despite a very turbulent three years with this employer in the U.S. Fortunately, AEI seems to have stabilized itself over the past six months, which is good news for the Teamsters employed there and the air freight industry in general. We thank the membership for its patience and faith in the bargaining process over the past several months.”

AEI Teamsters from nine local unions also ratified nine regional or supplemental contracts. AEI was formerly known as Danzas-AEI, an air and ocean transportation company which DP-DHL purchased almost two decades ago. The new contract is retroactive for all economic improvements to Jan. 1, 2018 and runs through Dec. 31, 2020. 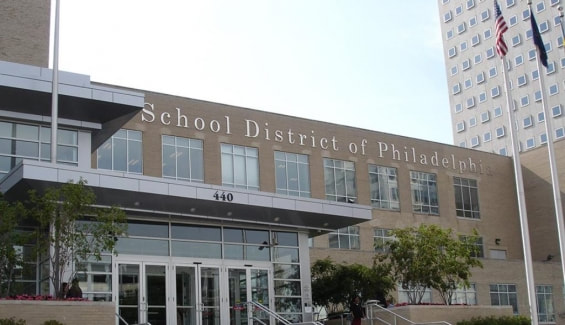 Teamsters Local 502/Commonwealth Association of School Administrators (CASA) is opposed to the arming of teachers to combat possible school shootings.

The union is speaking out about conceal and carry in schools because it would have a dangerous impact on students, teachers, administrators, staff and families. School administrators and teachers pursue their careers to teach and make a difference in students’ lives. Core values in schools and classrooms include nonviolence, civil discourse and peaceful resolutions to conflict. Arming school personnel with guns would be hypocrisy.

Administrators and teachers have many responsibilities to oversee schools, ensure purposeful lessons and maintain a welcoming environment. Weapons training would be an additional responsibility added to a long list of duties, when more time should be spent on classroom instruction.
​
Arming non-police personnel increases the possibility of further gun violence which could produce more student and staff deaths.
“The great Dr. Martin Luther King Jr. preached nonviolence, and if we place guns in schools, we are endangering an entire community,” said Dr. Robin Cooper, President of Local 502/CASA. “There are other solutions to this problem, some of which are taking place in front of our eyes. Students are exercising their civil rights by protesting peacefully. Discussion on the divisive issue of gun control is being deliberated with these young voices speaking up and leading. We cannot lose any more young, promising lives, but arming principals and/or teachers with guns in order to combat a possible assailant is not the answer.”
Powered by